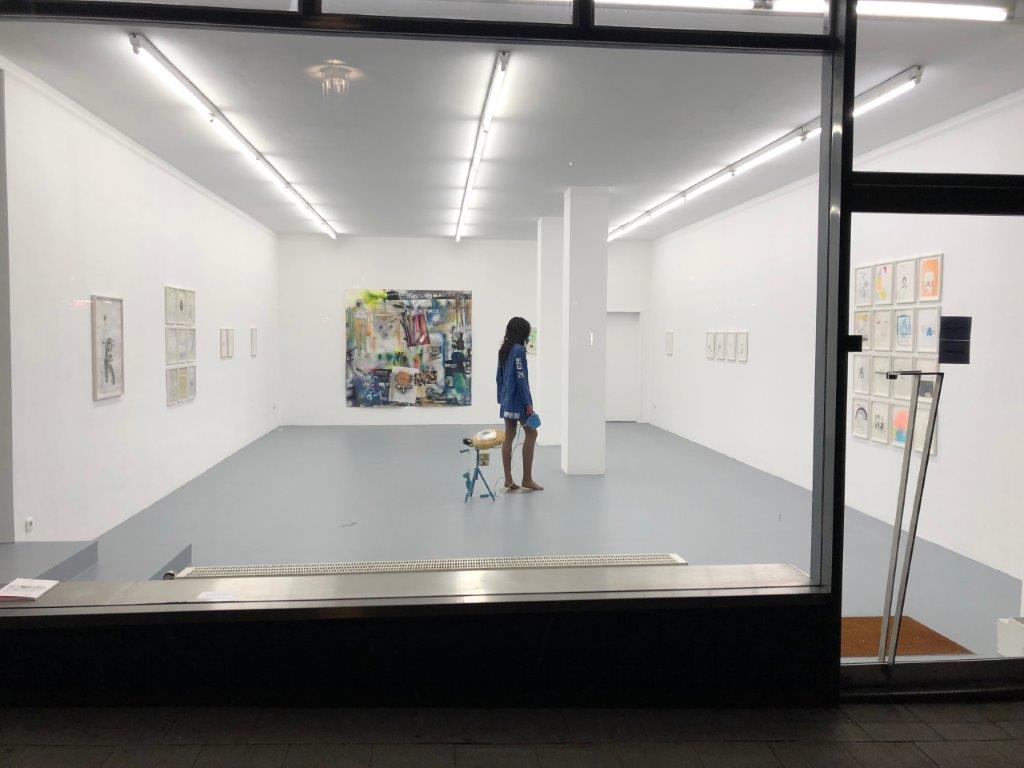 Exhibition view, Kunstverein Ruhr
ESSEN | Kunstverein Ruhr e. V. | March 17 – May 26, 2019
DOUGLAS KOLK. NOWHERE AGAIN
The drawings and collages of Douglas KOLK show people who seem to be torn up and in danger of breaking. The Kunstverein Ruhr now brings together major works by the American artist.

The American artist Douglas KOLK (1963–2014) was a gifted draftsman whose works reveal a very personal, at the same time recognizable, socially influenced worldview. Lines sparingly drawn with a pencil, but also perfectly washed bodies, the use of characters and signets make his pictures unmistakable. On the one hand, influences from advertising, comics and western pop culture are processed here; on the other hand, some of these images are reminiscent of naive doodles - but they are all shaped by personal feelings. Initially incomprehensible allusions turn out to be painful confrontations with drug experiences and the experiences and fears that go with them. 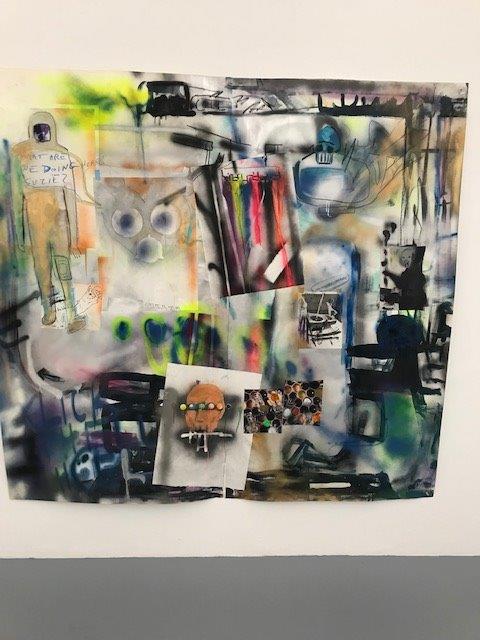 These works are public symbols and at the same time private writings. Because they seem familiar at first glance due to their proximity to well-known image patterns of Pop Art, advertising, but also to childish paintings, they seem to allow easy access. But because they appear strange in their unfamiliar allusions and their compositional image arrangement, they arouse our curiosity. We have borrowed works from two private collections that complement each other to create a hanging that is precisely tailored to the exhibition space.

The exhibition was made possible thanks to the collectors and lenders Hans-Georg Lobeck and Florian Peters-Messer. 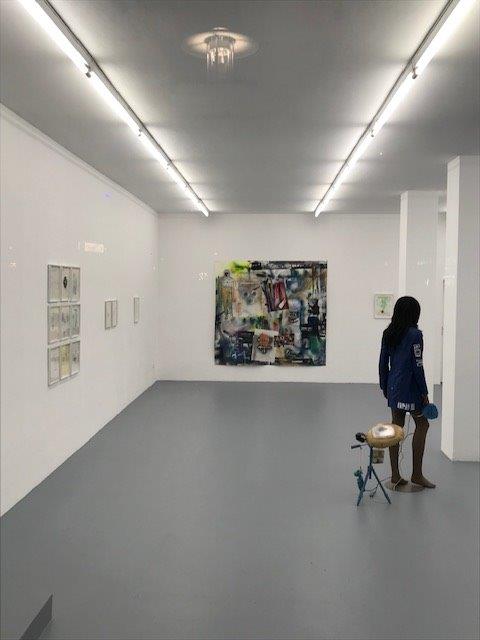