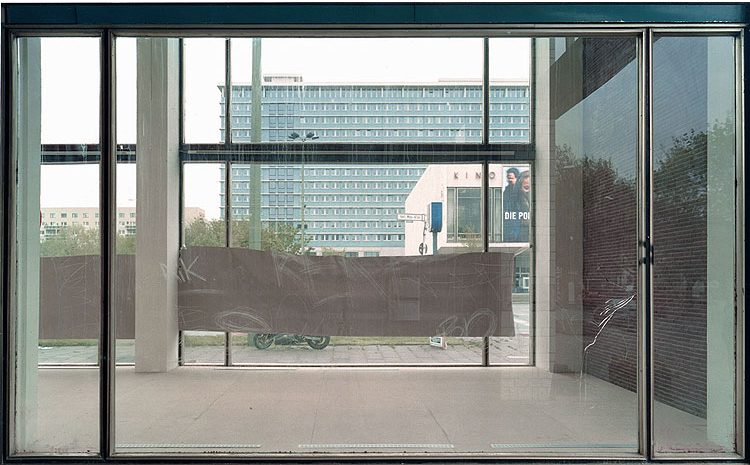 These include huge, self-designed building plans by Larissa FASSLER (born 1975 in Vancouver), in which she targets the building sins of Berlin high-rise estates around the Kottbusser Tor subway station. With their comments such as “Police operation here”, “Beer prices” or “Punk-Treff”, a psychogram of the run-down residential complex in the middle of the city emerges.

But there is also bleak architecture on the outskirts of German cities. Thomas STRUTH, who is considered one of the best-known photographers at the Becherschule, captured West German sadness in the form of faceless apartment buildings in Leverkusen with his camera. Manfred PERNICE, on the other hand, works with simple materials from hardware stores and found objects from construction sites. His installation “Ugly Luise” (2004) was once part of a climbing frame from a playground in East Berlin that had long since been demolished. Sabine HORNIG also deals with East Berlin architecture. In her sculptures and photographs, parts of buildings such as windows, doors and empty entrance halls are at the center. In her apparently purely documentary photography, Hornig irritates with reflections, dirt and scratch marks on the window panes: inside and outside change constantly before the eye of the beholder. One of Hornig's large-format works, which is also the motif of our invitation card, is now hanging in the Potsdam Museum - Forum for Art and History as part of the exhibition “From Outside to Inside”. All works shown are from the Peters-Messer art collection.

“Art excited me from an early age,” says Florian Peters-Messer. At the beginning of the nineties he bought the first works on paper from contemporary artists. The business economist who lives in North Rhine-Westphalia has been collecting art for around 20 years. The focus of his top-class collection is political and socially critical works that were created between 1995 and 2010, especially in the areas of installation and video.

So far there has hardly been a chance to see the Peters-Messer collection. With the exhibition “From the outside to the inside”, a thematic focus is presented for the first time under the artistic focus of the urban space in Potsdam. The concept idea came from the Potsdam Museum - Forum for Art and History, which developed the exhibition in cooperation with the Kunstverein KunstHaus Potsdam e.V. We cordially invite you to the opening of our exhibition and look forward to your visit.

Some of the artists are present at the opening. 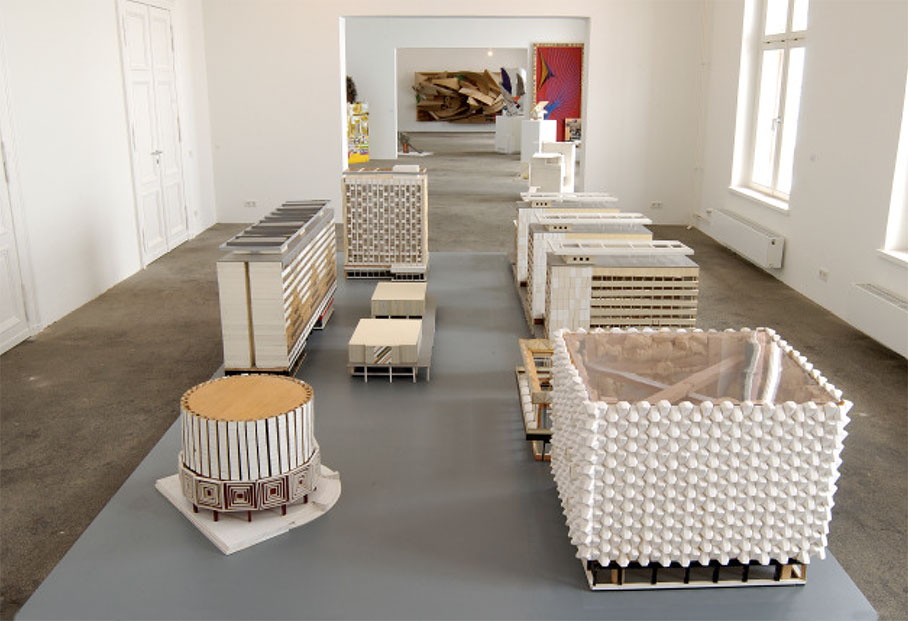