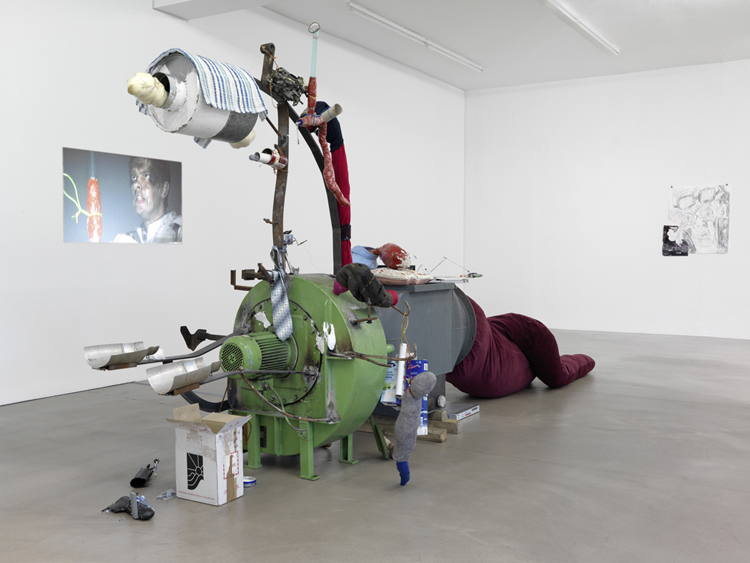 John BOCK "Die Tiefe", 2008
BERLIN | Schillingstraße | September 25 – October 15, 2009
WERKE AUS DER SAMMLUNG
The Peter-Messer Collection from Viersen is presenting itself to the public for the first time with selected works. Five artists from the collection will be showing their work in the pavilion on Schillingstrasse in Berlin.

From September 25 to October 15, two large-format installations by John BOCK and Erik VAN LIESHOUT, two sculptures by Manfred PERNICE, three large works on paper by Keith TYSON and 12 drawings by Raymond PETTIBON will be on view in Berlin. The exhibition will take place in the pavilion at Schillingstrasse 31 (the former premises of the Johnen Gallery). 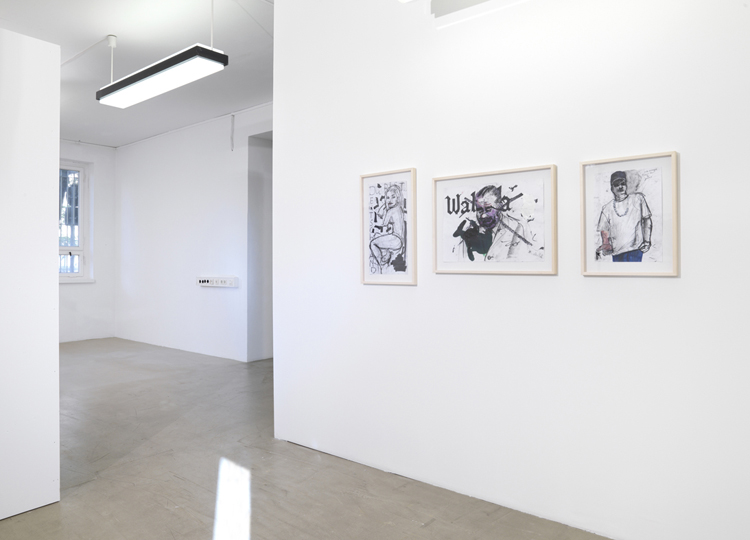 Erik VAN LIESHOUT
The Peters-Messer Collection currently brings together around 300 works by almost 30 artists, which the collector Florian Peters-Messer has brought together over the past 15 years. These include works by Thomas HIRSCHHORN, Alicja KWADE, Bjarne MELGAARD ​​and Felix SCHRAMM. 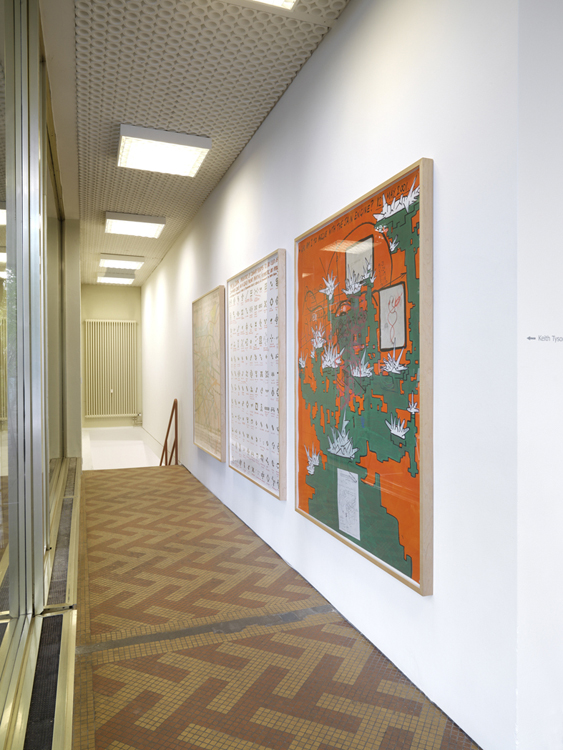 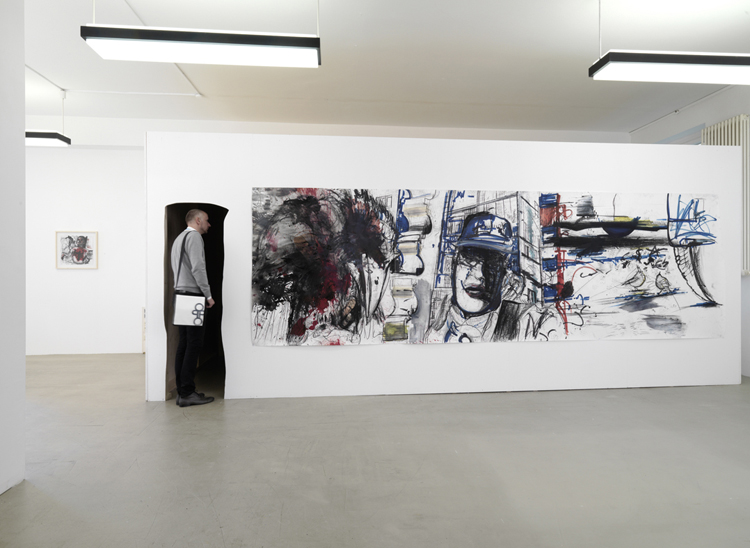 The first presentation of the collection shows Manfred PERNICE's “Ugly Luise” (2004) in the entrance area: The two rusty-red metal pipes in chunks of concrete form the remains of a climbing frame that was on an East Berlin playground in front of a prefabricated building nicknamed “Ugly Luise”. Pernice, known for his modernist architectural installations, cannibalized parts of this building and used them as sculptures. In the basement is Pernice's “Bank” (2003) - an abstract plywood sculpture which, in its can shape, alludes to urban designs. 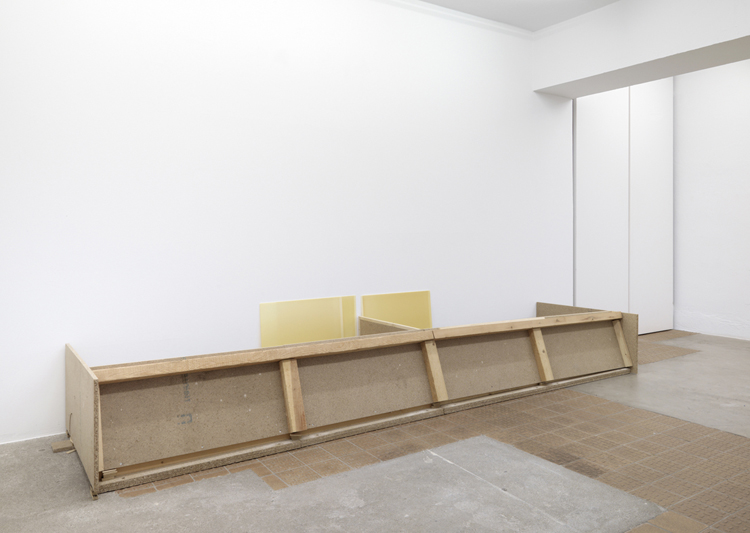 Twelve drawings by the Californian Raymond PETTIBON hang in the front wall area of ​​the pavilion. Whether comic heroes, naked bodies, waves, dollar signs or Bill Gates: Pettibon's work is like a pandemonium of American myths. In its shadowy aesthetic, it is reminiscent of comics or fanzines from the thirties, which convey a sexually charged, dark undertone. 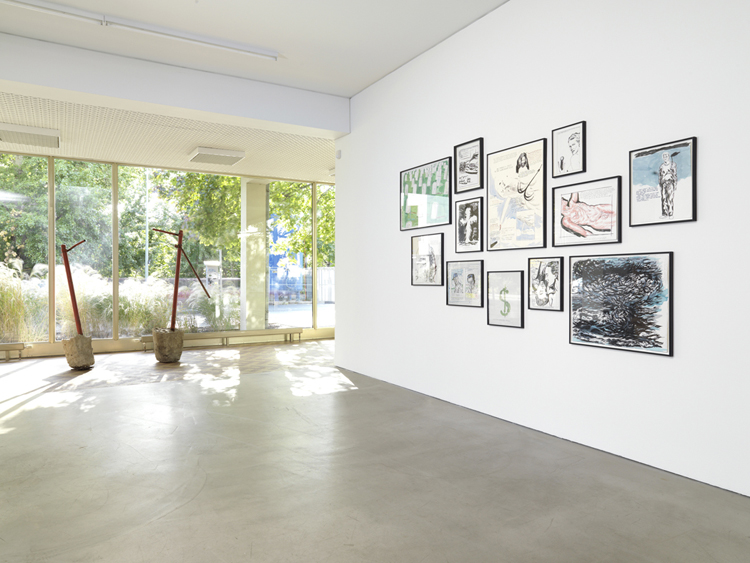 On the back of this wall facing the glass facade are three "Studio Wall Drawings" by Keith TYSON on which the Turner Prize winner has sketched a causal system of ideas, feelings, visits by guests in the studio, global political events and economic fluctuations.

The central room is dominated by John BOCK's installation “Die Depth” (2008), supplemented by a few drawings. The sculpture, composed of various materials, symbolizes a sinking submarine. During his video-documented performance in Antwerp, Bock took on the role of the captain trying to save the ship. With characteristic terminology and a whirling appearance, the artist alludes to the German war past. 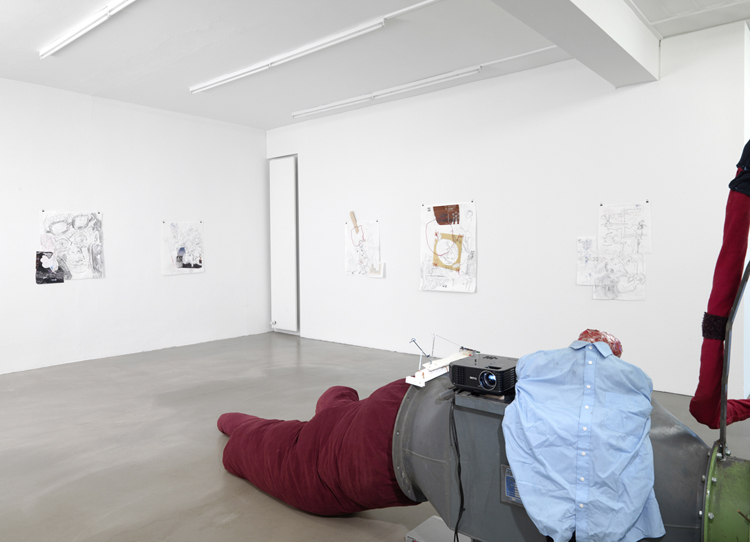 In the adjoining room, Erik VAN LIESHOUT set up his video installation “Rotterdam - Rostock” (2006), which was shown for the first time at the 4th Berlin Biennale. In the video, the artist travels through Germany by bicycle. In the style of a documentary in which the main protagonist is constantly in action, van Lieshout lets citizens express their sympathy for Nazis in front of the camera. Other scenes relate in a tragicomic way to the search for identity, anger and loss in the artist's own life. Political matters become private and vice versa. Several drawings complete the installation. 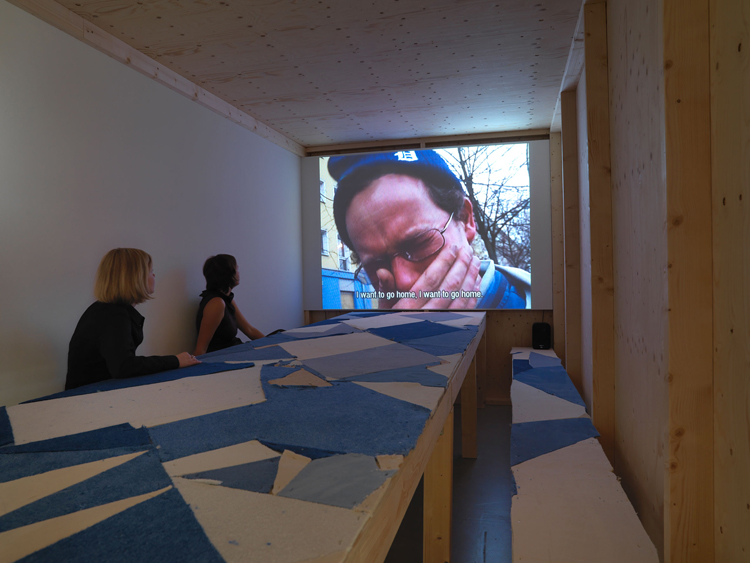 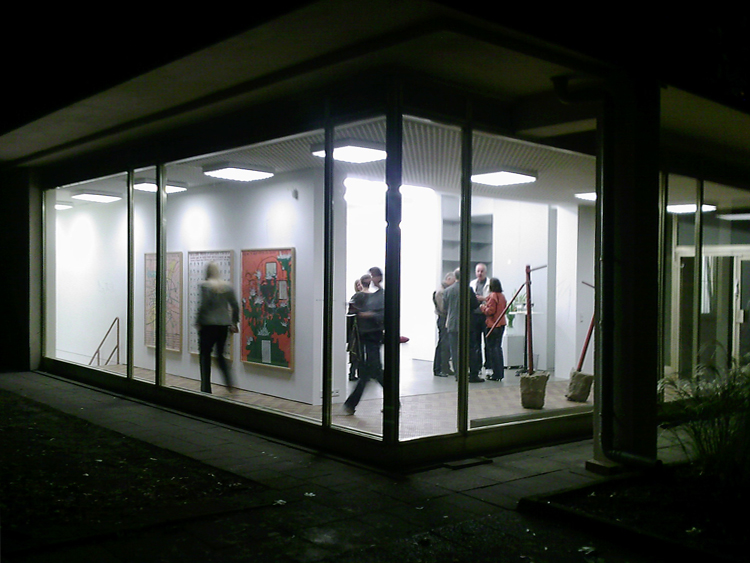 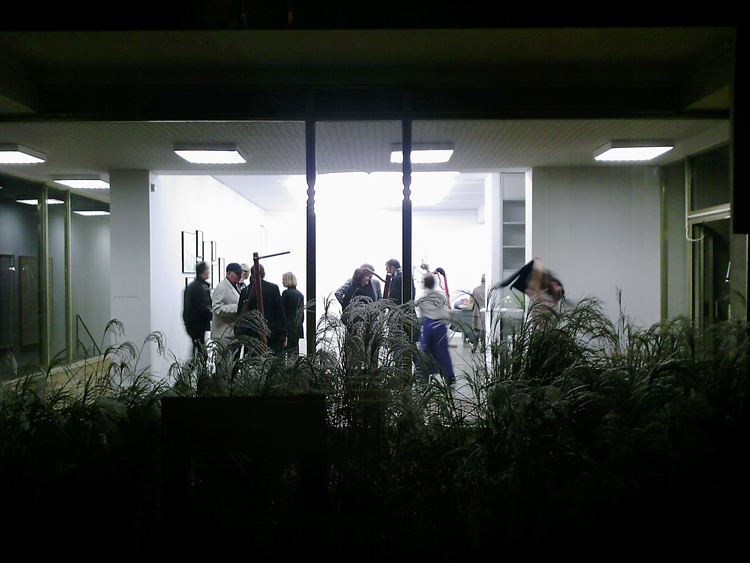 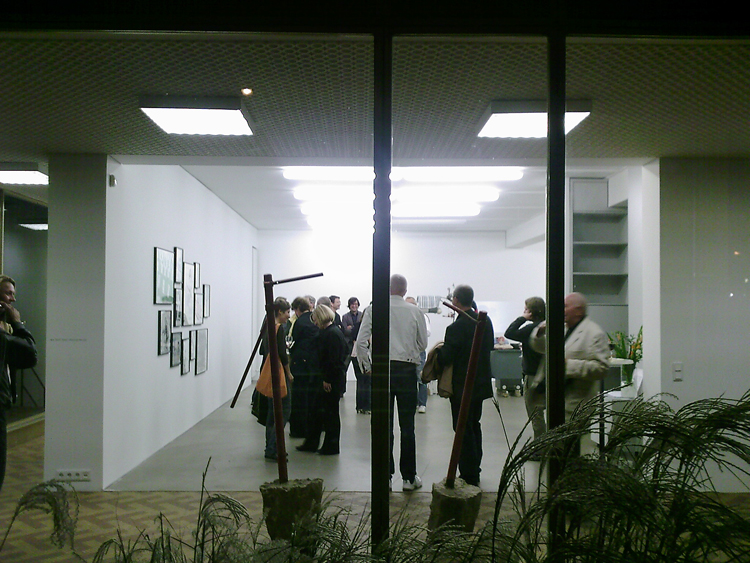 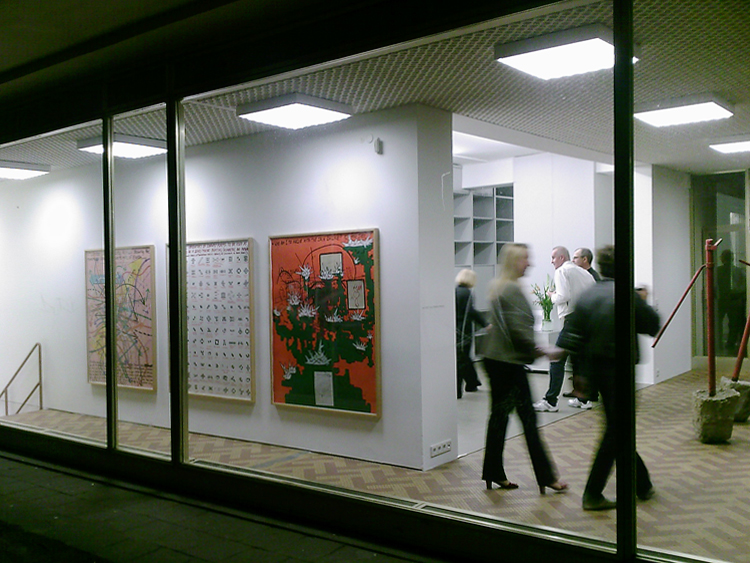 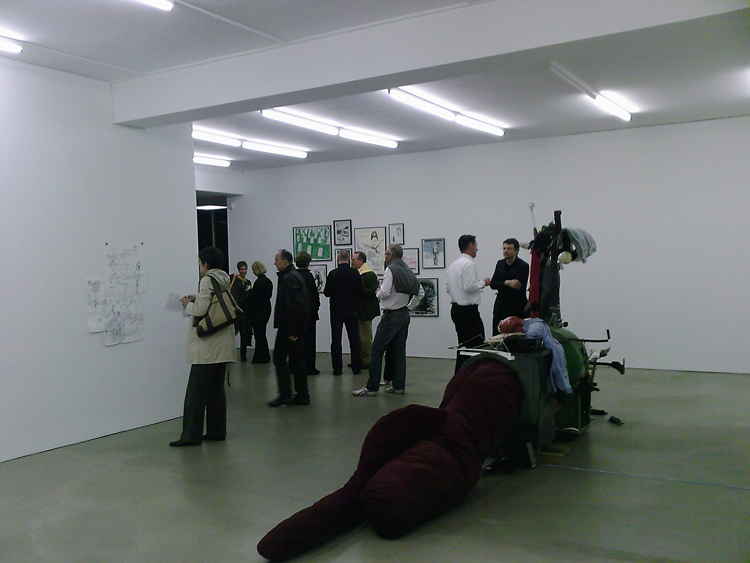 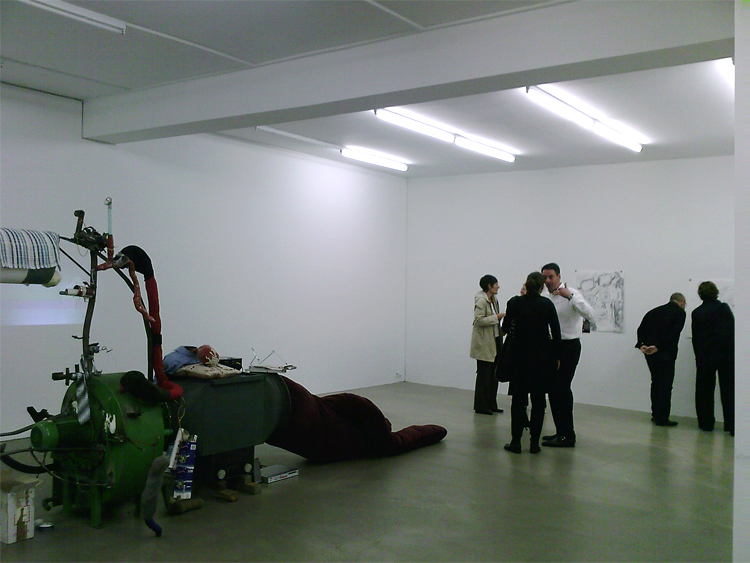