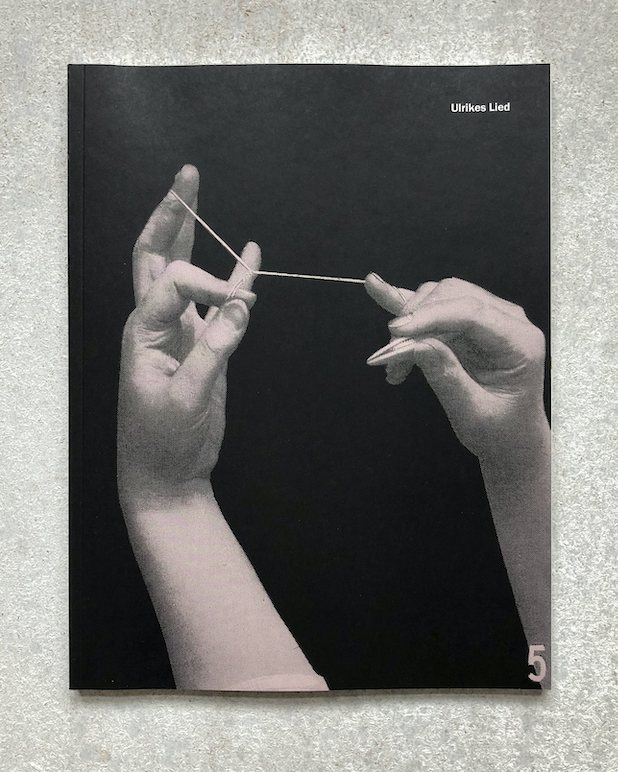 When encountering the works of sculptor Ulrike Schulze, we see objects made of plywood, metal or ceramics that appear to be rather raw and resist established perceptions. They are covered with the finest white, almost colorless glazes. Scratches, grooves or blurred marks applied with a pen are just as disturbing as the often seemingly irreconcilable combination of the materials employed, which go against conventional formal views. Furthermore, they often appear peculiarly “wacky,” as they seem not to want to match their plinths. Some of the whitish sculptures seem to become one with the exhibition space—bordering on invisibility. At any rate, they do not conform to the common ideal of beauty of flawless aesthetics; they form a counter-design—even if, and especially when, the newer ceramic works with delicate color gradients seem enticing at first.

For me as a viewer, they trigger many associations that are shaped both by individual experiences and my outlook as someone who is interested in politics and psychology.

They are unsettling sculptures, which may entice us to look for references or familiar models in Minimal Art or other artists, for example. Such connections certainly occur in Ulrike Schulze’s work. But, in my opinion, they do not fully penetrate the core of her work, which could be better described by the notion of imperfection rather than one of reference. It is not about beauty, but rather more subtle qualities, such as the spiritual dimension the artist makes visible.

To get to this point, Ulrike Schulze undergoes a process that she defines as letting go—a precise loss of control. This is why the works are not conceptually planned in advance; they are created by sensitively perceiving and processing what is offered to her by the material, her approach and observations from daily life. From my sociological and political standpoint, this means that she consciously opposes an academic narrative—as well as that of neoliberalism and its career guidance, which represents our social systems’ promise of salvation with the buzzwords of rationality, pragmatism, control and discipline. Only those who are in a position to control their needs and feelings and channel them in a targeted way will be successful: that is the credo of a society whose criteria of value are still deeply anchored in the educational system of the 19th century. Only those who conform to this can make it in such a society. Self-optimization is the instrument that ensures an efficient way of working. Within this canon of values, loss of control is not conducive to progress and the absence of beauty may even be detrimental.

This may be the reason why the reception of Schulze’s works can trigger controversial or disturbing feelings; the “letting go” and loss of control that are embedded in her artistic process are conveyed to viewers and demand that they, in turn, accept them. Maybe this is sometimes difficult precisely because it implies a certain incompatibility with social expectations. Seen in this light, I am confronted with a political work. Moreover, rather than optimized beauty, the artist shows us facets of possible personality traits such as imperfection or vulnerability. I see myself confronted with my own “shortcomings.” Even though this can be quite difficult to bear, it is equally very moving on psychological and emotional levels.

Furthermore, the artist is very deliberate in the way she positions her works in space. Like beings that communicate with each other—just as we communicate with each other, so do the sculptures that surround us. They interact with one other, relate to one other and the exhibition space. As viewers, we perceive a communication orchestrated by the artist, automatically becoming part of it and beginning to interact with the works ourselves. We get to know their very specific personalities, stances, rough edges and, depending on what is consciously or unconsciously triggered in the viewer, we see friends, strangers, our own anxieties, excitement, or compassion. Something human happens when we engage with Ulrike Schulze’s art.

The sculpture Shelter dates from 2016. It belongs to a group of works whose materiality is very withdrawn. At first glance, one recognizes a monolithic form that looks sturdy and steady. A second glance, however, reveals completely different elements. Rough plywood is glazed in white. Individual elements are bound together with a metal strip. Seemingly unintentional marks and strokes impart something like grime or a sense of contingency. Contrary to our first perception, upon closer inspection we suddenly notice that the sculpture rests on the floor in a distinctly fragile way; it could topple over at any moment if it were to be touched. Grooves and deep scratches bruise the surface and the metal strip binds the different wooden elements together. Shelter is placed somewhat timidly in front of a white wall and seems to merge with it—so as not to attract attention in any way. Is this what the need for protection and security looks like? Is it uncomfortable to admit that we are also in need of protection? Are both our vulnerability and wounds something we want to hide from other people—in the same way that the sculpture disguises itself in front of the white wall with its white glaze? Is the aluminum strip something that provides stability, something that retains what has long been broken and possibly forces a sense of cohesion? In any case, it is not stability and immovability that this work conveys. On the contrary—what initially appears so sturdy is fundamentally vulnerable and extremely fragile.
Joaquin’s House, which also dates from 2016, belongs to a group of works characteristic of Schulze’s practice that focuses on the combination of different materials. A hollow, ceramic body of architectural appearance with an almost clunky tripartite base stands on a cubic white pedestal made of plywood. Disconcertingly, there are four wheels attached underneath this base—meaning that the work could be moved around the room. The grey ceramic surface—probably modelled with bare hands—is neither smooth nor rough. It has a bump on its “façade,” which incorporates a piece of plywood bound with a metal strip, painted in white and brownish tones. It feels as if nothing fits together; the materials seem botchy. Wood, ceramics, and plastic rolls combine to form a balanced whole in terms of proportions, but the work is still brittle and delicate.

Joaquin’s House—the shelter or home that is yearned for—is actually meant to be a safe place. But it consists of inner contradictions, incompatibilities, fractures, makeshift repairs. And it needs to be held together by force. It stands on clay feet; it has an unsteady, wobbly foundation and no permanent place in the world as it is movable. Whether viewed from the outside or the inside, this fragile construct looks as if it could manage to be a shelter or a home—but it remains unclear whether it can withstand internal tensions or external forces.

With the 2020 sculpture Appaloosa Stute, gesattelt, Ulrike Schulze breaks new ground, even if her formal language remains clearly recognizable. We see an angular, tiered ceramic piece on top of a steel base; it is rounded at the corners and has a cloudy red glaze. The impression is certainly hieratic, something that is reinforced by the plinth. But there is something perplexing: the ceramic work rests on four pieces of plywood that don’t quite want to adjust to the plinth. They are misaligned and leave a gap between the plinth and the sculpture. This raises the question of the extent to which sculpture and plinth are independent objects that communicate with each other. Like two beings that are connected to one other and only in this union form a presumed totality. From a distance, the work appears unified and consequently perfect in aesthetic terms—but on closer inspection, this completeness is again fractured by dissonant elements.

The work’s title refers to the spotted, powerful Appaloosa horse breed from North America. Can we discern anything related to this very tangible reference? Hardly. It is rather, as previously mentioned, a humorous reference to the fact that Schulze chooses impressions or images of surrounding environments as the inspiration behind her artistic process. In this case, it could have been the pattern or the feel of animal fur that made her paint the ceramic surface with cloudy shades of red. There is a temptation to stroke it. But here again there is a disruption: the surface’s alluring softness presents a tense contrast to the sculpture’s angular form. Once again, contradiction or imperfection prevails.


For the first time in Ulrike Schulze’s practice, we recognize a reference to Isa Genzken or Franz West in this work’s plinth. The artist unveils referential spaces. She approaches these bodies of work, which she holds in high esteem, and engages with them without appropriating them. The aim is to refine her own work through this approach and to further push her formal language. In the context of this further development, we can also see that a certain lightness in the work titles and wit in the handling of models have been playing an increasingly important role over the years.

Amidst the male-dominated field of sculpture and an art market heavily skewed towards painting, Ulrike Schulze has created a sculptural body of work that is critically grounded in the present. Her work insistently alludes to human relationships, vulnerability, and the rejection of perfection. She reveals ambiguities that generate tension and are often difficult for us to endure as human beings. In so doing, she creates spaces where we can come closer to our own selves and, at the same time, understand our counterparts, in other words, empathy—which is an indispensable quality for respectful social coexistence. 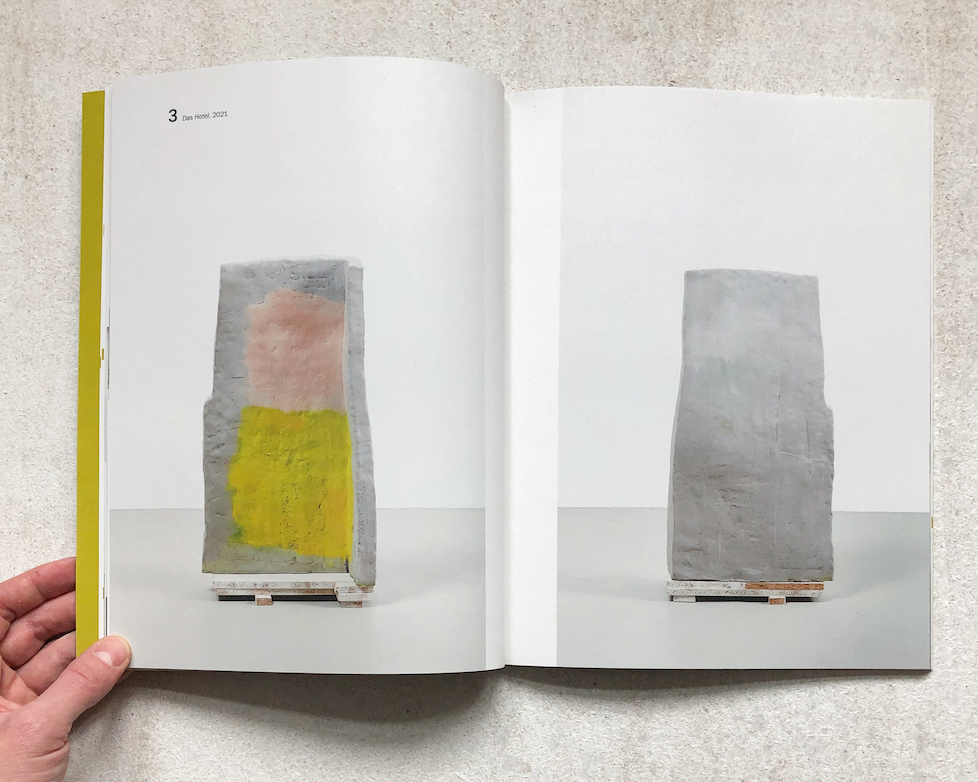 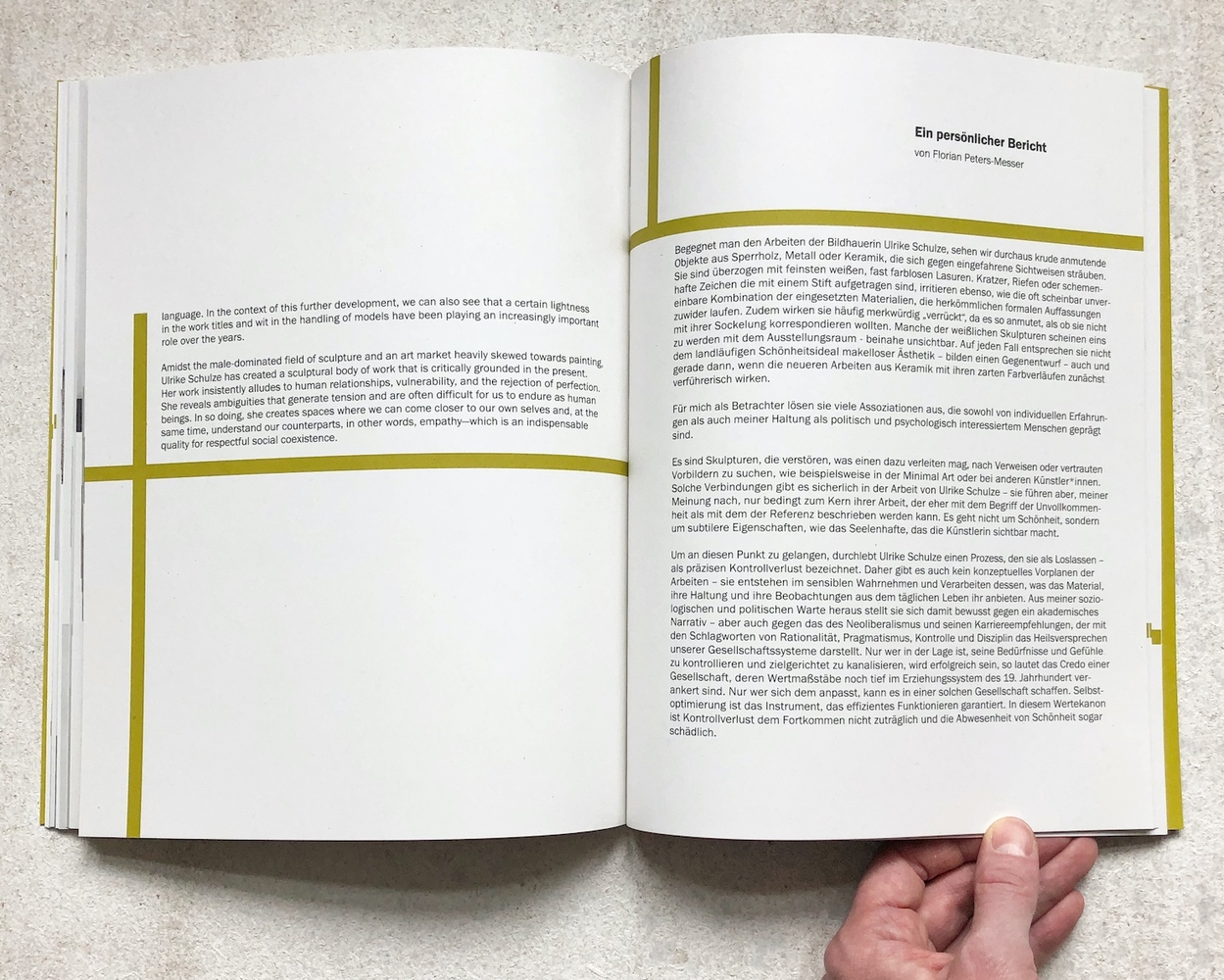