»I want to fight for more equality and justice, human equality, human justice. By doing my artist’s work politically, by asking myself questions politically and not by asking political questions, and by doing political work with meaning.«
Thomas Hirschhorn 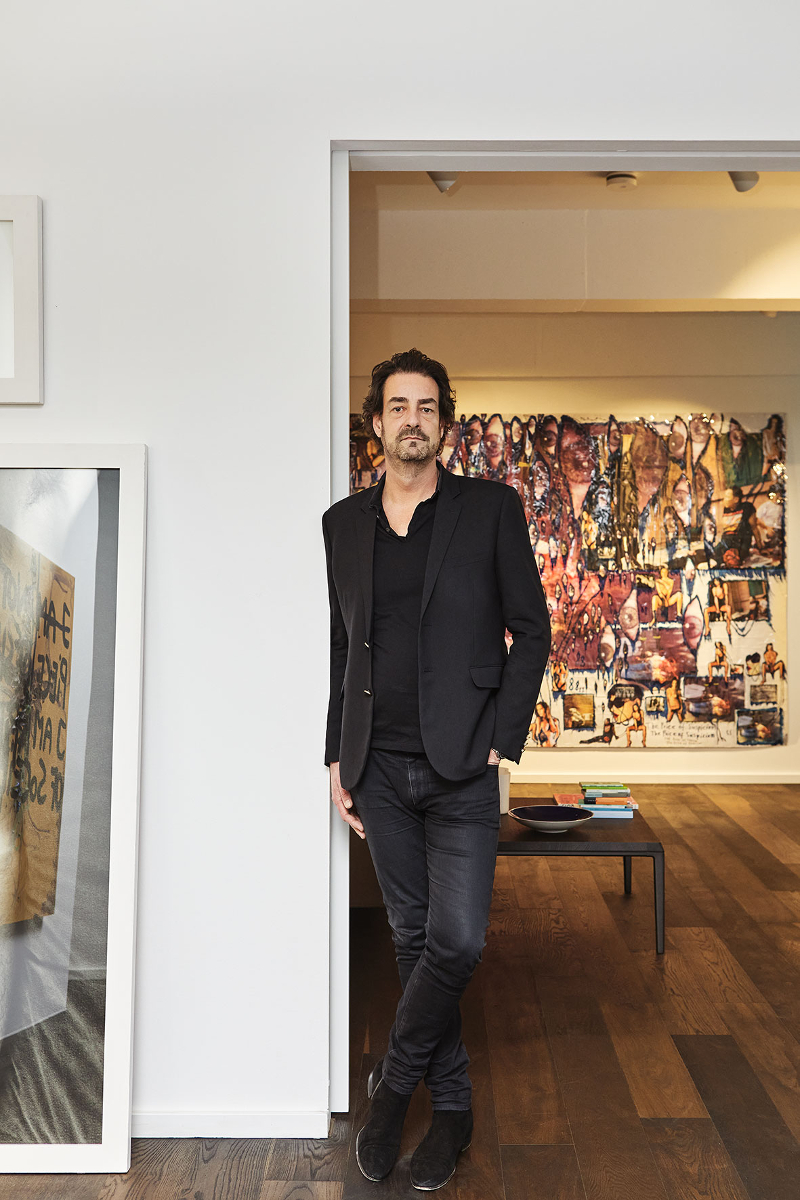 Florian Peters-Messer (Photo: Dahahm Choi)
The real estate entrepreneur Florian Peters-Messer, who comes from Viersen on the Lower Rhine, acquired his first works of art in the mid-1990s. At that time, artists such as the Swiss Thomas HIRSCHHORN or the Dutch Erik VAN LIESHOUT opened up a world of critically analyzing reality that was largely unknown to him. To this day, this constitutes the core of the Peters-Messer collection. Its focus lies on sociopolitical, psychological and sociological issues.

The Peters-Messer Collection had its first museum appearance in 2018 in the Weserburg in Bremen. Entitled “What Paradise?”, the exhibition presented over 50 works from the collection that took up the social upheavals of our time in a critical, often oppressive way. Further collection presentations and exhibition participation followed in 2019 in the Werkschauhalle of the Leipzig Spinnerei and in the Kunstverein Ruhr. A major exhibition at the Marburger Kunstverein and the Kunstmuseum Marburg took place in the spring of 2022.

In addition to his work as a collector, Florian Peters-Messer also acts as a curator, most recently for the exhibition “Fuck your Fear” in the VAN HORN Gallery in Düsseldorf (2019) or “Outrage! Art in Times of Anger ”in the Düsseldorf Kunstpalast (2020/21).